There are now intro animations in key parts of the app. These will be shown the first time you visit that part of the app. For this release we have explanatory animations in three sections of the app. Setting up rooms, the calendar view and the prices dialog for a booking. These a made to be very light weight, and to give a first time user an idea about what can be done. 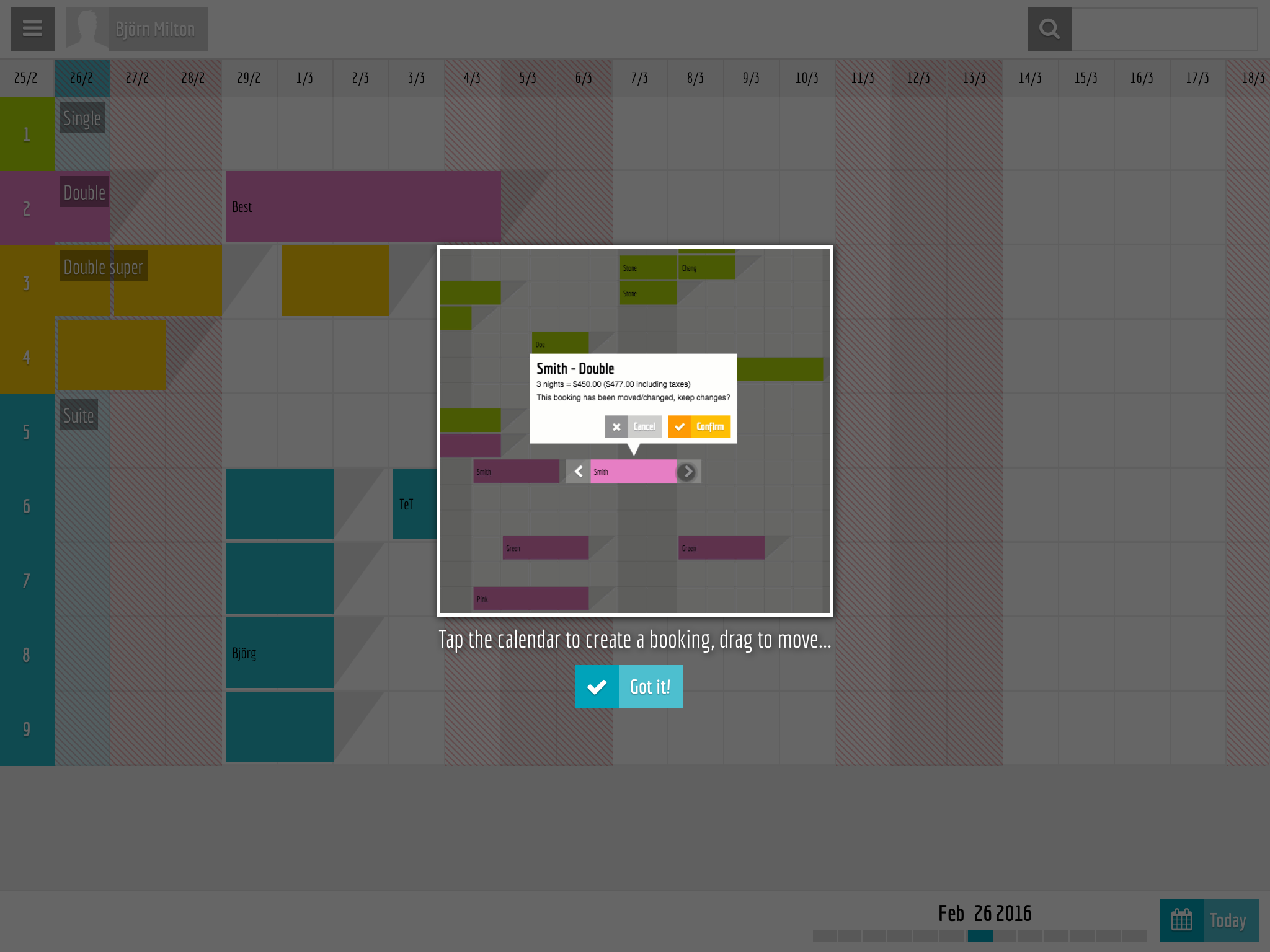 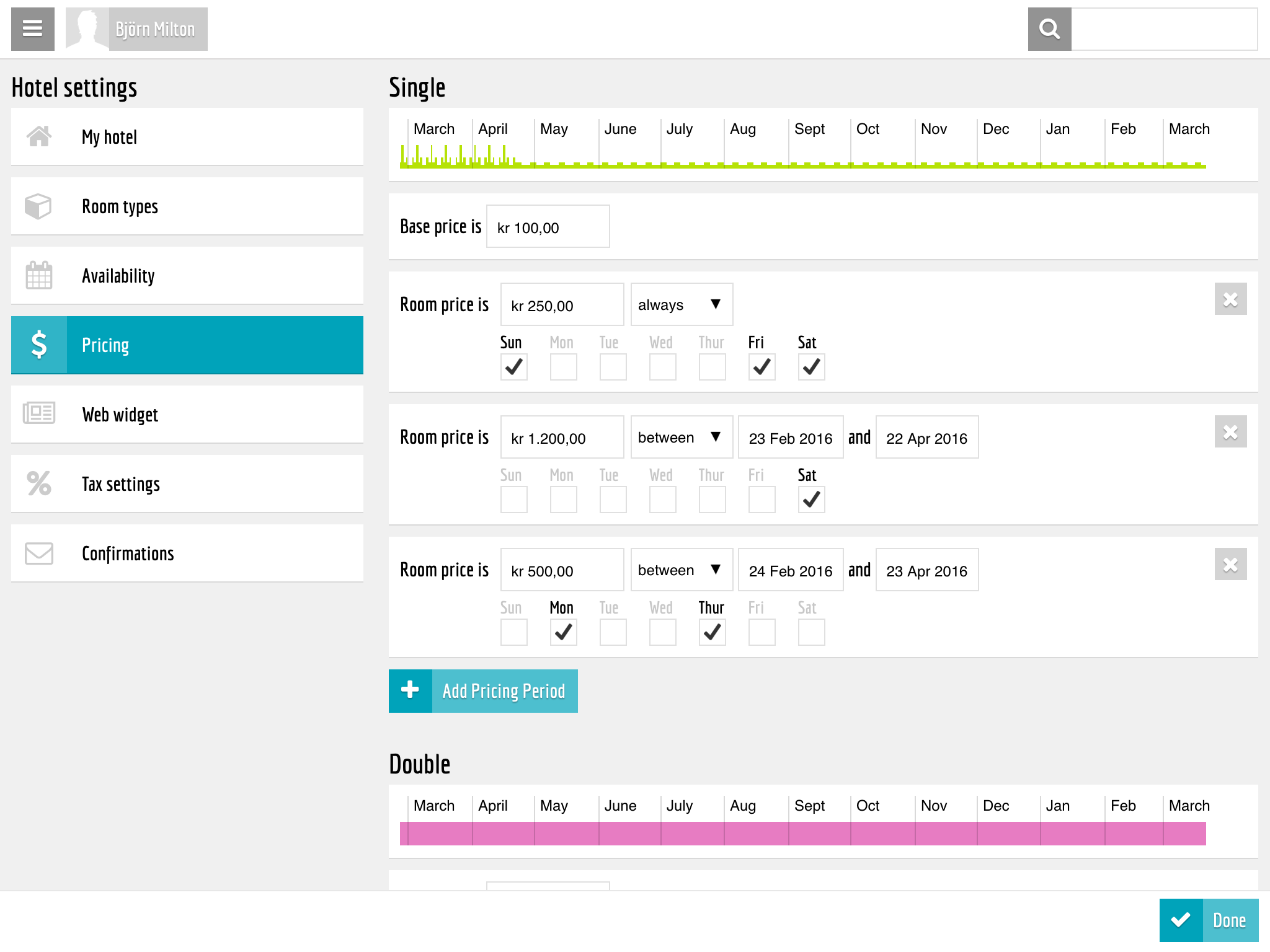 Better control of the sync mechanism. Most of our users doesn't need to worry about the sync mechanism most of the time since they are always online. We have some users though that operate under highly unreliable network conditions and for them to feel confident that their data has been synced, we have made it clearer how long it has been since the data has been synced. We've also added a way to manually trigger a sync. 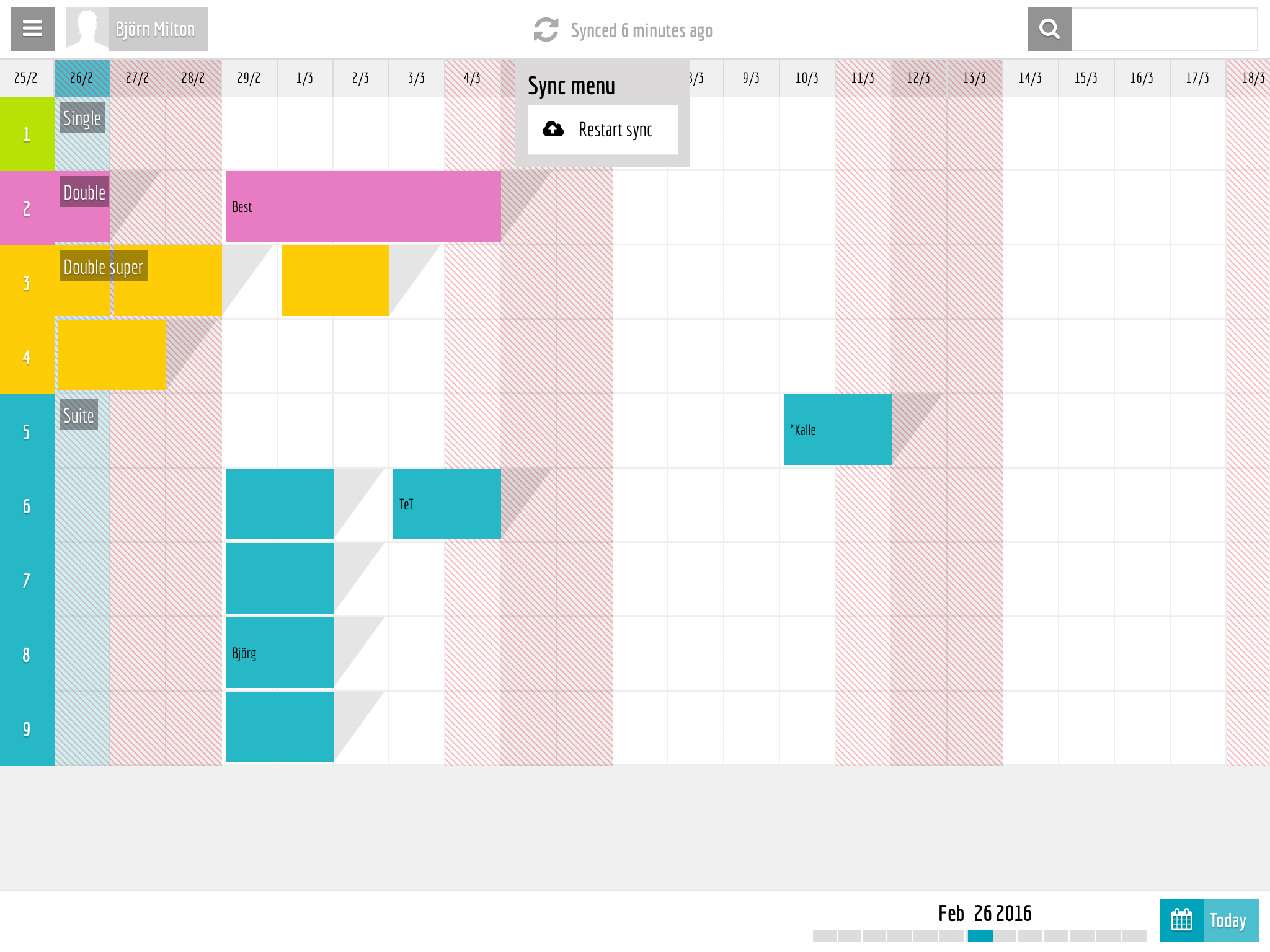 In the last version we introduced a quite serious bug, that made the sync not working properly in some circumstances when you made changes in an offline state and then went online. That is now fixed and the sync should be much more fault tolerant.

So update your apps and let us know what you think.

What's going on at Roombler HQ?

The Roombler team works hard to improve the Roombler booking app and help you to become the perfect host.…

We've just released a new version (1.2.1) of the app and I thought I would go through…